Over the last few years, I have worked with patients who are aging out of the public school systems. Often, their families are planning to have that child continue to live with them, because they feel that their handicapped child is unable to live independently. Many of these children/young adults are not good candidates for group homes, because they are too high functioning, but they cannot live without support either. The problem becomes more complicated because as these young people get into their 20’s, their emotional development is similar to their non-handicapped peers—they want to be living out in the world, not in their parents’ homes.

As a result, many parents have worked to figure out an in-between arrangement where these young adults can live in apartments and have the staff come in to provide support. Some have joined together with other families so young adults can be sharing a house and support staff.

For young adults living at home or in one of these alternate settings, there are still concerns.  Here is a partial list:

The parent of one of these young adults showed me a program in Florida that seemed to me to provide an answer to some of these concerns and I have been encouraging as many people as possible to begin a discussion of whether this may be an answer for the young people in this area.  Basically, the people at Noah’s Ark in Florida have built a community, with a community center in the middle. It is my understanding that there are a variety of housing options in the community—group homes, supported apartments, etc. Then, programs are developed at the community center that residents can participate in. I have learned since first hearing about this that there are several other similar programs in the country. In some ways, this looks similar to some of the models developed for senior citizens.

It would be interesting if this type of program could include a fitness center, where residents could swim. Or a café where they could go for coffee. I could see a number of possibilities for our young adults to live a more “normalized” life in a community that provided both safety and opportunities for independence.

Some have told me that one of the reasons not to support this type of program is that the emphasis should be on integration into the community. I would argue that we don’t really have integration at the present time; these young adults are very isolated. I think this model could be “integrated” by bringing in non-handicapped peers to staff the programs or possibly to participate in events.

My goal at this point is just to begin a dialogue about whether this type of program might be a possibility for handicapped young adults in this area. I hope that parents will begin to discuss this, because it has been my observation that parental input is crucial in developing new programs to meet their children’s needs.

Do Your Kids Have “Grit?”

This is an important question to ask, especially at this time. Parents are asking questions about how to help their children become successful. They have tried enrolling them in many activities. They have provided them a great deal of help and support. They have constantly cheered them on. The question that Dr. Angela Duckworth asked in her research is, “Does Grit have anything to do with success?” She describes her research in her book titled Grit.

The results of her research were clear. Higher amounts of grit were associated with higher degrees of success. This was true in athletics, in academic pursuits and in careers. Grit, which she defined as perseverance and the ability to keep trying, had more impact on success than intelligence and social skills.

Grit, then, is clearly an important characteristic to foster in our children, and in fact, in ourselves. It does fly in the face of some parenting practices that emphasize having everyone being rewarded equally and where success is guaranteed in all tasks attempted. Grit focuses less on success without effort and instead focuses on the value of effort.

I have looked at children in my practice for a long time and I have noticed that the ones who have the most grit are ones who often have faced great difficulty. I remember one little girl who had significant, ongoing medical problems. To treat her condition, the doctors had to carefully monitor her health. Unfortunately, this included having frequent spinal taps. I saw her one day, before she was scheduled for a spinal tap. I expected to see a frightened child, complaining about having to have these tests. Instead, she came in with great composure and assured me that a spinal tap really wasn’t that bad because it didn’t last too long!  She said she had had to go through worse. My next patient came because he was going to have a shot and was totally disconcerted about it. He was in tears. He was yelling and complaining. He was refusing to go because he was sure it would be painful. The contrast in these two young people was amazing. She had incredible emotional strength as a result of her life experiences. He didn’t.  Who do you see as having grit, of being able to face whatever life presented?

I have been seeing a huge influx of boys in my practice who seem to lack emotional strength. Any kind of challenge, regardless of how minor it is, can defeat them. They stay home, usually protected and rescued by well-meaning parents. I have called them “Syndrome Y®” because of the group of characteristics they show. They have no motivation, no passion. They are the underachievers in school even though they are bright and capable. They do not have grit. I have described this in detail in other blogs. If you think your son may have these characteristics, you may want to consider working to increase his emotional strength. My book, The Syndrome Y Solution: Emotional Strength Building for Your Underperforming, Unmotivated and Underachieving Son, is designed to help parents build emotional strength and grit in their sons.

The Dogsled Theory of Self-Confidence

That is not a misprint or an exaggeration! Helping your child develop a healthy self -confidence has a great deal to do with dog-sledding. One of the most grueling races in dog-sledding is the Iditarod, a race across the tundra that is almost 1200 miles long. I wanted to know how the dogs were trained to run that race and in the process I learned something about self-confidence.

We live in a time where people believe that just giving praise or positive reinforcement (whether really deserved or not) will help children develop healthy self-confidence.  This is the source of the “participation trophy” idea. It doesn’t work. Hollow praise does not build self-confidence or self worth.

The training for the puppies includes having them try to get over a log, over and over again. Then they had to walk out of the river, over uneven ground and they did this over and over. I asked the reason why because none of this seemed to relate to the dogsled race.

The trainer told me something very important. He said that he wanted his dogs to believe that there was nothing they could not get through, nothing they could not face. That is what is real self-confidence. It’s not a reward for just showing up. It is the confidence that comes from experience. From trying over and over again and sometimes failing. Then, from getting up and doing it again until you are emotionally strong enough to face what life has in store for you. That is self-confidence.

Development of self-confidence in this way is particularly important for boys.  They cannot achieve it in any other way.

What should a parent do?  You need to make sure your son has life experiences that allow him to:

Self-confidence is a result of experience, of trying things, of failing and then succeeding. 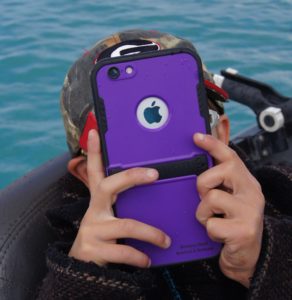 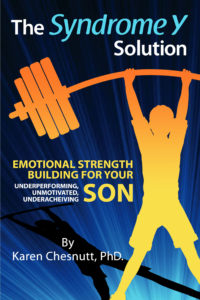