Do you play the “Blame Game?’

How many times have you engaged your ADD/ADHD son or daughter in a “discussion” of who is at fault. If you have, you already know that he/she never takes responsibility. Instead, the entire focus is on who “really” is at fault.

Many families have told me that the blame/responsibility arguments can go on for hours. Unfortunately, there never is any resolution. People with ADD/ADHD cannot cognitively understand their own contributions to the problem. They cannot tolerate the self criticism implied in the blame. It is always someone else’s fault. 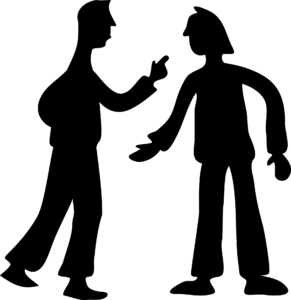 Don’t engage in this type of argument.  It is a waste of time and you will not succeed in convincing anyone. Instead, when a problem arises, consequences can be assigned without any mention of blame. If something occurs, a broken window for example, parents would announce the amount of money each participating child would need to repay. No “blame” would be assigned or discussed. If the ADD student insisted it wasn’t his/her fault, the response would be that no-one said it was his/her fault. The outcome was that he/she had to repay a certain amount. In this way, the discussion of blame was avoided but responsibility was assigned.

Second, don’t argue about statements where your ADD/ADHD child blames someone else. If he/she says, “It’s Mom’s fault I didn’t have my homework,” ignore the blaming statement. Instead, restate it asserting that he needs to keep track of his homework. Pointing out that he is always blaming someone else will trigger an argument and will obscure the main idea, that his homework is HIS.

Over time, most ADD/ADHD people learn to accept at least some blame for their actions, but this usually does not occur until early adulthood. Until then, resist the temptation to play the Blame Game!