What About a WPPSI?

Many parents ask me about a test called a WPPSI. What is it? What is it for? How accurate or valid are the results?  The WPPSI (Weschler Preschool and Primary Scale of Intelligence) is a test that is becoming more widely used. It is designed to begin measuring children’s abilities at about 2 ½ years of age and goes up to 6 years of age.

It is called an intelligence test, but this is one place that parents will need to be careful. It is a test of where a child falls relative to his/her peers. It is not the kind of test that will allow us to predict how a child will do in the future. We find it to be helpful in determining if a child needs some intervention in preschool. It also can be helpful in designing a specific program for a child. For some, we emphasize working with visual materials, because their profile seems to be too focused on language tasks. For some children, the opposite is true. 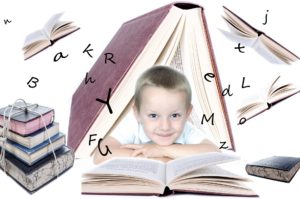 For psychologists, one of the important things to consider is not necessarily the names given to the subtests, but what the items really measure.  There are many variables that can change a score.  For example, on the WPPSI III, which is the current publication, there is a subtest that measures the ability to make a block design. What if a child doesn’t have the fine motor skills needed. His/her score will be lower but his ability to work with patterns may be unimpaired. With young children, as a colleague of mine used to say, “it is hard to get a fix on a moving target.” Young children are hard to assess.

A second consideration is how many items are given to a child. There are times when a child can only complete a few items. For example, when doing block patterns, maybe the child can complete one or two of the designs. How much confidence should we have in the results of just two items? Psychologists are very hesitant to draw conclusions based on such limited data.

You can imagine how difficult it is just to get a two or three year old to cooperate with testing, no matter how interesting it is. The session has to be short. The child’s concentration will vary. It is a new setting and probably a new person to the child. All these things will impact the child’s score. As a result, the WPPSI is helpful, but is not as accurate as we would like. We usually wait until a child is at least six years old before we begin to feel confident with test scores.