What You Need to Know About Pink Horses!

There is an example that I use fairly often in my practice and that is to tell people not to think about pink horses. What they quickly realize is that they are actually thinking about pink horses! So what is the significance of this example?

It is an important concept in working with behaviors. Very often, I hear parents tell their children, “Don’t do that!”  But telling them what NOT to do is self-defeating and counterproductive.  Just like telling you not to think about a pink horse has put that idea into your mind, telling your child to not jump on the couch may have just reinforced that behavior. 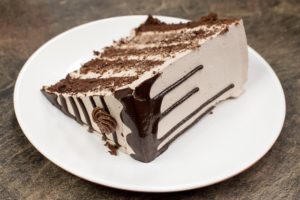 Another example of this is when we decide to embark on plan to change our behaviors. We may start dieting with the belief that we will give up all desserts. Just in thinking about giving these up, we may actually think about it more. How many times have we decided not to do something and then immediately gone out and engaged in that behavior. In part, it’s the pink horse problem.

So, what should we do?

Instead of focusing our thoughts on what NOT to do, we should focus on what to do. You will notice this in many good preschools, for example, where the teacher says, “I like how your feet are on the floor,” rather than telling them to stop squirming. In a similar way, instead of trying to give up desserts, start by deciding to eat more vegetables, for example. Thinking about what not to do is self-defeating. Thinking about what TO DO is empowering.

Are there other ways to use this principle?

Yes, this principle can be used in a variety of ways and situations. People have started using affirmations to help guide their behavior. Since these are usually positive statements (“I will notice people’s kindness to me today”), they really serve to impact our thought patterns. In a similar way, I like to use “rules” to help children learn behaviors. For example, I give children the rule that they need to greet other children when they see them at school; this is particularly needed if the child is having problems with social interactions.

In adults and sometimes in children, we see pronounced amounts of negative self-talk.  For example, “no-one likes me,” or “I’m not good at anything.” One of the approaches to address this type of self-criticism is to start with something positive to substitute.   Sometimes, we can do this ourselves and sometimes we can coach our children to make these thought changes.

Remember, think positive thoughts for behavior change.  (Notice, I did not say, “No pink horses!”)